...It Must Be After Six, a photo by What Makes The Pie Shops Tick? on Flickr.
Posted by Unknown No comments:

Brauer_DasKrautkleid, a photo by canis.canning on Flickr.
Posted by Unknown No comments:

Brauer_Menschenrechte3_2, a photo by canis.canning on Flickr.
Posted by Unknown No comments:

Arik Brauer (born January 4, 1929) is an Austrian painter, draughtsman, printmaker, poet, dancer, singer and stage designer. He resides in Vienna and Ein Hod, Israel. Brauer is a co-founder of the Vienna School of Fantastic Realism, together with Ernst Fuchs, Rudolf Hausner, Wolfgang Hutter and Anton Lehmden. 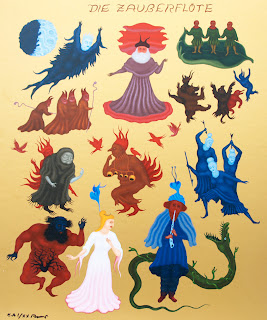 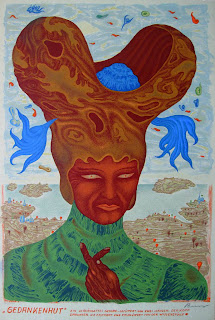 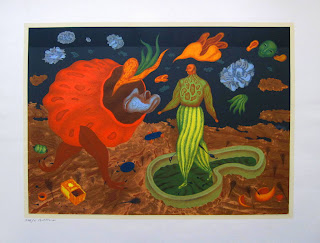 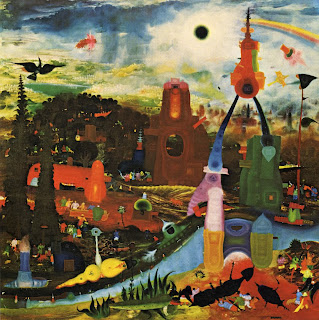 Arnulf Rainer (born 8 December 1929, in Baden, Austria), is an Austrian painter and is internationally renowned for his abstract informal art.
In his early years, Rainer was influenced by Surrealism. In 1950, he founded the Hundsgruppe (dog group) together with Ernst Fuchs, Arik Brauer, and Josef Mikl. After 1954, Rainer's style evolved towards Destruction of Forms, with blackenings, overpaintings, and maskings of illustrations and photographs dominating his later work. He was close to the Vienna Actionism, featuring body art and painting under drug influence. He did a lot of work on Hiroshima, after the bombing.
In 1978, he received the Great Austrian National Prize. In the same year, and in 1980, he became the Austrian representative at the Venice Biennale. From 1981 to 1995, Rainer held a professorship at the Academy of Fine Arts in Vienna - the same place where he aborted his own studies after three days, unsatisfied.
His works are shown in the Museum of Modern Art and the Solomon R. Guggenheim Museum. As the culmination of the appraisal of his work, in 1993 the Arnulf Rainer Museum opened in New York City.